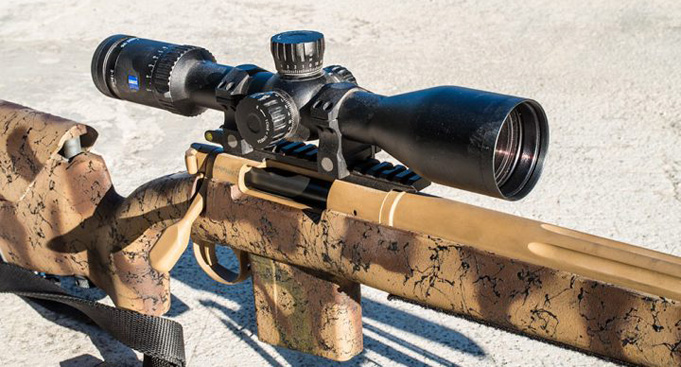 To prove to a lot of hunters that they are the greatest and final factor in a hit or miss, it helped to have some of the world's greatest shooting instructors, equipment and ranges to dismiss any excuses.

While the guns all have their subtle differences, they were all in the same caliber (6.5 Creedmoor) with the same optic (Zeiss's new 5-30x50mm Conquest V6 riflescope) and ammunition (Hornady's 140-grain ELD Match rounds).

"Carl Zeiss is the leader in hunting and shooting optics, and we are once again redefining the optics world with leading-edge products that will have a major impact on increasing our ever-growing market share. This new series of 30mm riflescope will be what all others are measured against."

Made in Germany, this particular scope offers 92-percent light transmission with fully multi-coated lenses. The matte black 30mm tube is made from hardcoat anodized aluminum, and the turrets offer 0.25-MOA click adjustments, with 80 clicks per rotation. A variety of reticles are available, and they all have fine crosshairs for minimum target coverage.

To their credit, it wasn't long before I forgot all about the brands of the tools I was using and focused on my techniques. After the course was over, however, the new Zeiss Conquest V6 left an impression on me because its form and function were never an issue.

In fact, now, and for the rest of my life, I'll always expect a riflescope to do what that Zeiss V6 did up close, in brush, at elevation, in wind, in the heat, in low light and at ranges much farther than any shot I'll ever take on a living beast.

I always saw my targets clearly, with contrast. I could see and read wind at distances far greater than 1,000 yards, and I could separate similar colors from each other at even greater distances.

I was always able to make positive and repeatable click adjustments without breaking out of my shooting stance. Every time I made a mistake with my shot, the rifle, scope and ammunition were reliable enough to reward me for proper execution with the very next shot.

If you spend a little time researching the pedigree of any Zeiss optic, it becomes clear that making a hunting riflescope that can successfully and repeatedly put accurate shooters on target at 1,500 yards, and farther, is nothing more than an optical yawn for this global optics empire.

I think Zeiss has always understood and pursued the engineering needed for mechanical success to go with its world-class optics. 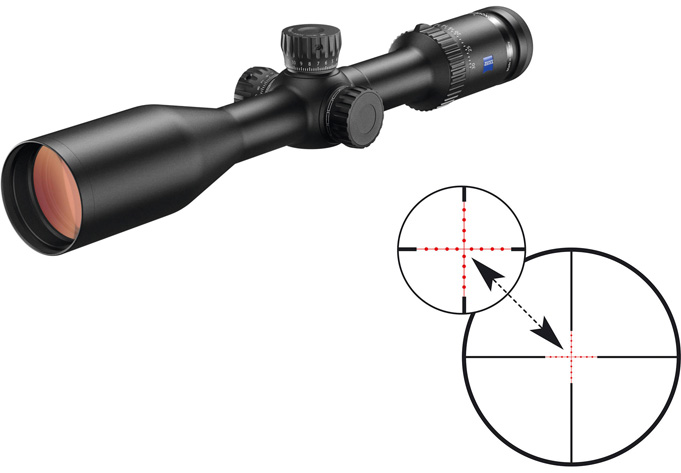