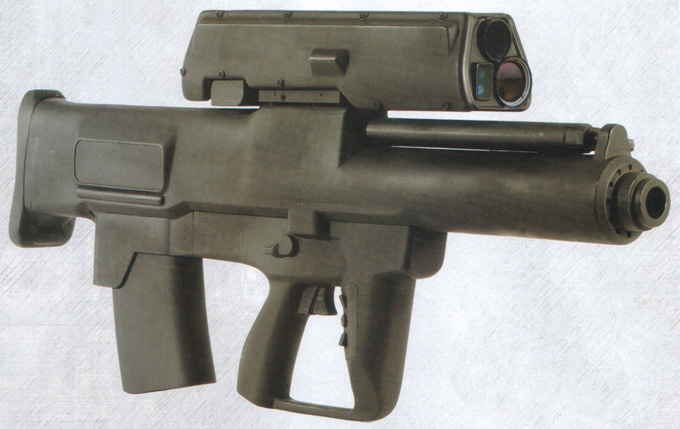 Throughout history, smaller forces have wrought destruction on larger formations via the use of these tactics. And nowhere has the been executed more effectively and consistently than in Afghanistan. With its mountainous terrain, it presents huge problems for the movement of conventional forces and the prosecution of missions, and equally huge advantages for smaller forces attacking from behind the cover afforded by innumerable rocky outcrops, caves and so forth.

Conventional infantry units that come under attack from the Taliban in 'defilade' usually have to call in 'non-organic' elements such as artillery or air strikes to deal with the problem, or pursue the risky undertaking of engaging concealed positions that afford cover to the enemy.

The longer an engagement takes place, the greater the risk of harm, with the attackers enjoying a time honored tactical advantage. The XM25 changes all of that by allowing a regular infantryman to deliver an explosive shell to any location, including a position just behind where an enemy combatant may be hiding. With a maximum range of 700 meters, he can deal with the enemy beyond the range of their standard weapon. In other words, it will make the battlefield a safer place for US forces by denying the enemy the opportunity to usefully attack from cover.

The XM25 'Individual Semiautomatic Air-Burst System', as it is now termed, fires 25mm air bursting shells and is accurate to 500 meters for individual targets, and 700 meters for delivering a shell to a concealed position, or an area target. It is most closely related to a grenade launcher, and has a range exceeding most assault rifles.

A key aspect of the XM25 is its 'target acquisition/fire control' system, also known as computerized sight, which allows the weapon to be-quickly programmed to hit a target acquired by laser. The 25mm HEAB (High Explosive Air Burst) programmable ammunition has a very strong hit probability due to the range-finding laser sight and ballistic computer, which automatically sets the weapon for the acquired range and programs the grenades to explode where they are required. the round measures the distance it travels by counting its own revolutions after leaving the barrel. 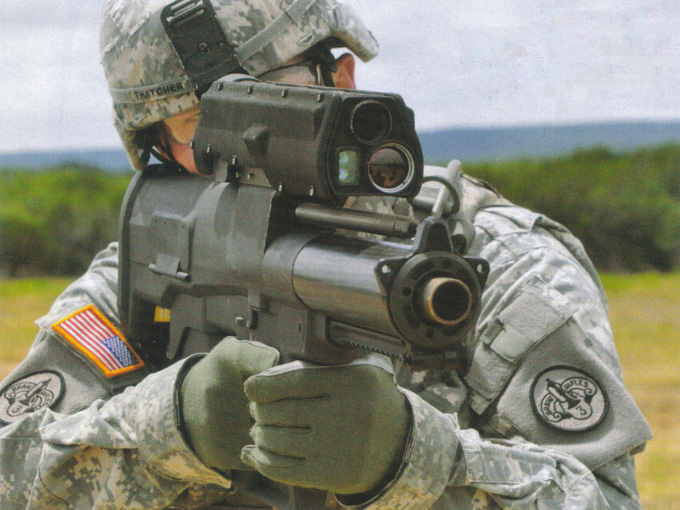 Point detonating warheads for use against armor are also in the mix, as well as canister flechette rounds which are loaded with multiple steel darts for close combat. Beyond that, there are plans for non-lethal and training rounds, the former providing a huge advantage for irregular combat conditions in proximity to non-combatants.

The XM25 is a gas operated, rotating bolt, semi-automatic weapon. The magazine and the bolt are located in the buttstock, and the weapon housing is made from an impact-resistant polymer. Controls are fully ambidextrous. The high tech sighting and target acquisition electronics are battery powered, but it can still be used in a direct fire capacity with the grenades deferring to point-impact detonation. The sighting mechanism is located in the front of the trigger guard and it uses magazines which can hold six rounds each. It is envisaged that its operator will still have to carry an additional personal defense weapon.

Two soldiers from the US Army were tasked with taking the XM25 prototypes into theater to train requesting units in their use, and manage the Forward Operational Assessment process, which includes gathering feedback from soldiers who used the weapon and collating information about its performance. The five prototype weapons entered theater in November 2011, and were first used in combat on 3rd December 2011. Although hundreds of rounds have been fired, only 55 have been used as part of actual combat operations, but the results have been impressive. 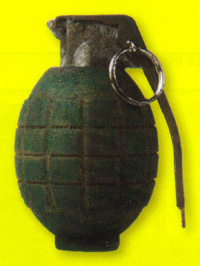