The Best Self Defense Gun 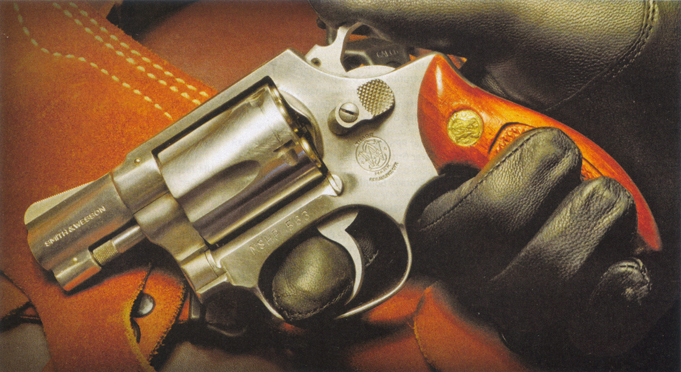 Here's a radical thought. Any good defense gun must be fun to shoot.

WHY IS THAT A RADICAL THOUGHT? SIMPLE

A gun that's fun to shoot gets shot a lot, even by people who are not die-hard shooters. A lot of shooting adds up to a lot of practice, and that translates into a vital aspect of any defense gun—that it be operated instinctively as an extension of the shooter s body.

Now, obviously, a defense gun must also be reliable, but that's something you find out with a lot of shooting and trying different ammunition. The debate over the relative merits of this gun or that cartridge is never-ending. But like rifles for dangerous game, there is more to it than paper ballistics, accuracy, or cartridge capacity.

These other factors become particularly important when choosing a gun for a family member who may not have your serious interest, won't practice nearly enough, and couldn't care less about foot-pounds of energy.

In a defense gun, two things are of paramount importance: ease of use and reliability. That applies to concealed guns, car guns, and guns kept by the bed. In the last case, where it's most likely to be used in the dark, those two factors become even more critical.

Instinctive Use Comes from Lots of Shooting Regardless of the gun's mechanism, instinctive use comes only from practice—a lot of it. The way to ensure that someone gets enough practice isto make sure they're armed with a gun they like and find fun to shoot.

Different people have affinities for different firearm types, often for inexplicable reasons. Some prefer a double shotgun, others like a pump. Personally, I love double rifles, but I'm more at home with a bolt gun, and that's what I've always had in my hands in dangerous situations.

ABOVE : Generally speaking, finger grooves on double-action revolver grips will help keep the gun from sliding down through your grasp in recoil.

My preference in a defensive handgun is either a Smith & Wesson J-Frame revolver or a double-action semiauto like the Walther PPK. I shoot both types a lot simply because they're fun to shoot. What I am talking about is not taste but affinity.

I am comfortable with those mechanisms, but not so much with either a Glock or a Model 1911, and no amount of shooting seems to change that. Trying to force someone to use a gun they aren't comfortable with is a mistake.

Forget ballistics and cartridge count. What matters are things like how to deal with a misfire and how confident you are carrying the gun or reaching into the drawer beside the bed with your heart racing.

It can't jam unless you stuff it full of over-pressure loads. In a tight situation, it requires no conscious thought. It s all instinct and muscle memory. Sheer firepower is overrated; a defensive gun exists to get you out of a bad situation, not get you into a gunfight.

That mechanism and I just have an affinity for each other. Occasionally, I carry an S&W Model 60 in a shoulder holster. For me, all of them are justf u n to shoot. That is not true of the 1911, even though I do shoot them a lot.

Those are my particular choices. You might prefer a 1911 on your hip and a semiauto shotgun under the bed. The point is that in helping to choose a gun for another person, you should tailor the choice to what they like and not what you theorize is "best."

If a person enjoys shooting a particular gun and thinks it's fun, they are more likely to practice than if they find it unpleasant, complicated, or intimidating. 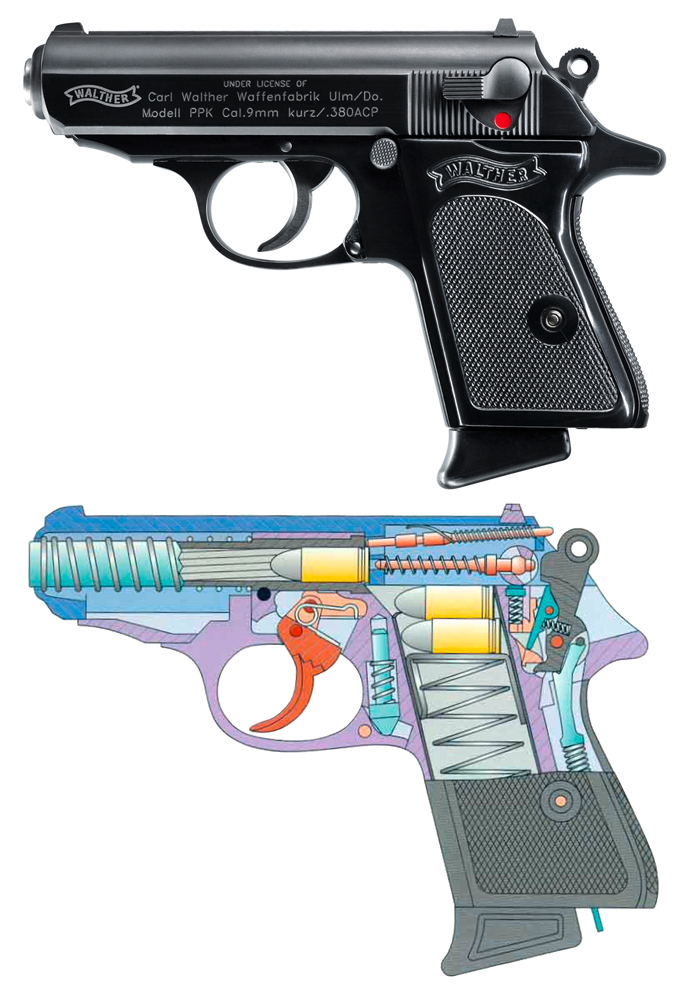 So what's the best handgun for self defense?

The moral of the story is choose a gun that you are happy with, to carry and shhot. Self defense does not mean intercepting the oposition in a gun battle, it's plain and simple - "to get yourself out of a bad situation" - even if it means just shooing your weapon to frighten off your attacker.

If it results in shooting the assailant, a well placed shot with a small calibre sure beats random misses by a calibre too large to effectively handle.

A small framed male or female will fare well with .22, .25 and .38/380ACP. Put them in control of a 44 magnum or .45ACP and it's likely only the first shot will have any chance of landing - follow-up shots would be unlikely from the recoil affected accuracy.