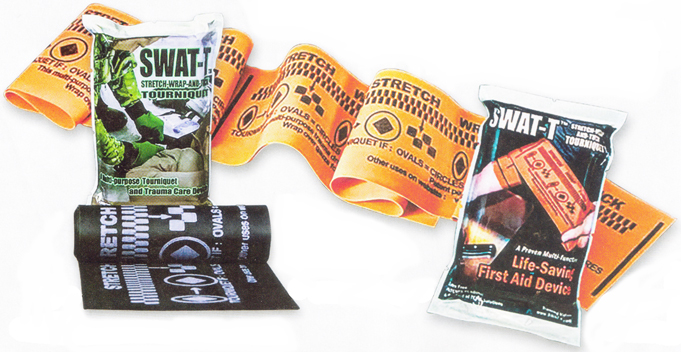 The tourniquet is ages old, but it has been a growing staple in the trauma kits of law enforcement and military personnel. Following the North Hollywood shootout in 1997, law enforcement began to seriously look at ways to stop bleeding.

This, combined with data gathered from the military that essentially debunked the bad reputation that tourniquets had, launched a suddenly growing market. Combat style tourniquets have generally remained pretty much unchanged until now. Enter the elastic SWAT-Tourniquet.

The SWAT-Tourniquet is a unique, multipurpose dressing. Its name provides a description for usage—Stretch, Wrap and Tuck—but also communities for whom it was developed. SWAT teams operate in an environment that has a high incidence of penetrating trauma.

Over 60 percent of preventable deaths in these operational environment are from extremity bleeding. If an officer is shot during a raid or active-shooter incident, medical first responders may not have the option of reaching them because of the continued threat.

The SWAT-Tourniquet allows a more rapid means to control extremity bleeding and allows application higher into the groin and axilla than other tourniquets.

Its ease of application is one of its greatest benefits; individuals can effectively apply it in seconds with little to no prior training. 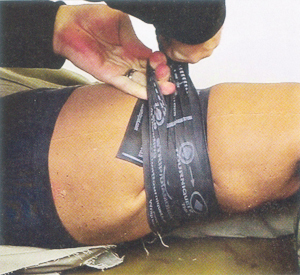 The SWAT-Tourniquet name stands for "Stretch, Wrap and Tuck," which shows how easy they are to apply in a crisis.

Weighing less than other combat tourniquets and a third of the cost, adding a SWAT-Tourniquet it to your daily kit is a solid choice.

One last and important feature is that the device can also be used as a compression bandage. If the injury does not require a tourniquet but still requires pressure, it can be adapted to do the job.

As a flexible tool, it can be applied directly over a variety of wound areas and tucked to keep the pressure constant.

This is an important plus when the injury requires self-care. Lightweight, priced right and effective, the SWAT-Tourniquet is a must-have item for every law enforcement kit!