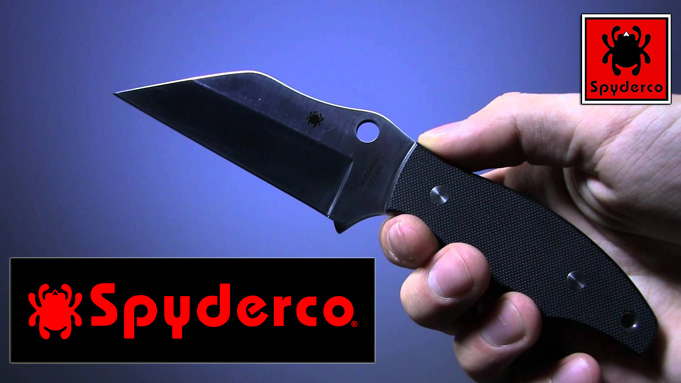 Everyday carry (EDC) has become much more than just carrying a gun. The concept of EDC has grown to include knives, watches, survival gear, personal first aid kits and much more.

Just about every "gun guy" I know is also a "knife guy" of sorts. Most of us carry a knife in our pocket to tackle all kinds of daily chores.

When we get into hunting, fishing, camping and specialized tasks, the knife we choose will be more task-specific.

The tactical knife or defensive knife can be found in just about every shape, size and color. There is probably no bigger knife category than the tactical folder—Google it and see how many hits you get.

Not all tactical—or what I would call defensive knives—are created equally. In fact, most of the knives in this category had no vision as to how they would be employed other than"just cut or stab the bad guy."

Michel Janich is the founder of Martial Blade Concepts (MBC) as well as a knife designer and personal defense trainer.

Mike has dedicated his life to helping others prepare for the worst possible scenarios that a sometimes not-so-nice world can throw at them. His mission is simple; the good guys have to prevail.

To describe MBC would take way more space than I have here, so in a nut-shell MBC is a very simple but effective system of self defense with edged weapons.

The foundation of the system is to disable the attacker and escape to safety. Through decades of study and lots of trial and error, Mike designed two knives purpose built for personal defense.

The Yojimbo 2 folder and the fixed version called the Ronin 2. Both knives incorporate a Wharncliffe style blade and are ergonomically designed to support a thumb-forward grip.

This puts the blade in the best position to maximize the cutting geometry of the blade. The folding Yojimbo's blade is 3?" and is held in the open position with a very strong compression lock.

The release is recessed so you can't accidentlly release the lock while it's in use. The black G-10 handles are textured but no so much that they wear out your hands.

The knife is set up for left or right carry in either a tip up or tip down configuration. If you five in jurisdiction where you can carry a concealed fixed blade knife, the Ronin 2 is a slightly bigger brother to the Yojimbo.

The blade is little over 4" but feels right at home in the hand like the smaller Yojimbo 2. Mike put a lot of thought into the sheath used to tote around the Ronin 2.

It's custom molded and can be used for either on-the-belt carry or inside the waistband and can be set at different angles to fit it to your needs.

A purpose-built defensive knife can be used to back up a firearm or stand alone if you are in a situation where concealed carry of a firearm isn't permitted. You can't go wrong with The Yojimbo 2 or Ronin 2.