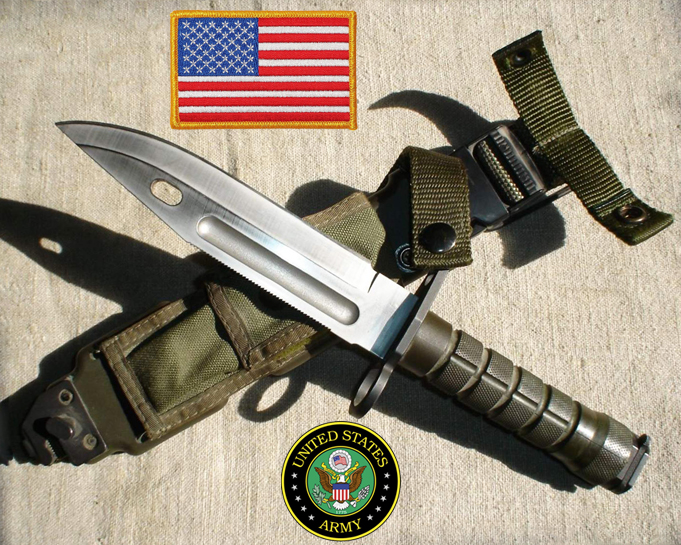 Due to "overwhelming user preference in all categories," the M-9 multi-purpose bayonet designed by Phrobis III, Ltd., and manufactured by Buck Knives has been selected by the U.S. Army to succeed the old M-7 bayonet.

The $15.6 million government contract awarded Phrobis calls for production of 315,600 of the new bayonets over a three-year period. The Army was due to receive the first shipments of the bayonet in February. Buck sub-contracted with Phrobis to make the new bayonets.

At $49.56 per bayonet, the Phrobis bid was the second most expensive offer entertained by Army officials and was over $30 more than the lowest bid (for a rundown of bids and bayonet performance, see box). Nonetheless, Jerry Whitaker, spokesman for the Army Public Affairs Office, said the Phrobis entry was selected "because it had overwhelming user preference in all categories (of performance).

There were no mission failures." In other words, the Phrobis entry passed all Army tests and was judged to be the best multi-purpose system—bayonet, field knife, combat knife, wire cutter and "general" knife—by the soldiers who field tested the bayonets entered in the bayonet competition. Whitaker said the other bayonet entrants could not make the same claim.

The Phrobis M-9, in contrast to an M-7 that was good "only for sticking people" and "opening C-ration cans," as one official put it, is a multi-purpose tool that can, among other things: cut half-inch rope, double-twisted barbed wire, metal bands on ammunition containers and the newer ribbon barbed wire; saw through fuselages, 2x2x2- inch pine boards, one-inch hardwood dowels, concrete nails and .035-inch thick sheet metal; withstand electrical shock of up to 240 volts through its handle; and serve as a bottle opener.

The M-9 has a hole in the blade allowing the bayonet to be attached to the scabbard for use as a scissors-like wire cutter. The scabbard also contains a whetstone for in-the-field sharpening.

According to Armed Forces Journal, the other bayonet entries compared unfavorably with the Phrobis bayonet in areas of "feel," such as in comfort of switching the bayonet from right hand to left hand, and in balance of handling. Soldiers who tested the Phrobis entry also found it to have the best non-slip characteristics when the weapon was dropped in mud or sand.

Mickey Finn is president and chief executive officer of Phrobis III, Ltd., in Oceanside, CA. Finn also presides over Phrobis I, which developed the Buckmaster for Buck, and Phrobis II, which designed the Titanium, a new Buck knife slated for an early 1987 introduction. Dave Baskett, Phrobis consultant, said Buck will start production of the M-9 for commercial sale in the spring.

Baskett said Phrobis put its bayonet entry through tests harsher than the Army's in preparing for the bayonet competition. Some knife manufacturers complained that the Army tests were unfair because no details were given beforehand of how the tests would be conducted, but the same concerns did not appear to faze Phrobis.

Though the new M-9 has been chosen, it will not replace all of the old M-7s. Only close combat troops—infantry, special forces, engineers and others—will be issued the M-9. In addition, the Navy SEALs and Seabees and the U.S. Marines have expressed interest in obtaining the new bayonet.

The Army's new M-9 multi-purpose bayonet from Phrobis III, Ltd. A hole in the M-9 blade enables the bayonet to be attached to the scabbard for use as a scissors-like wire cutter. 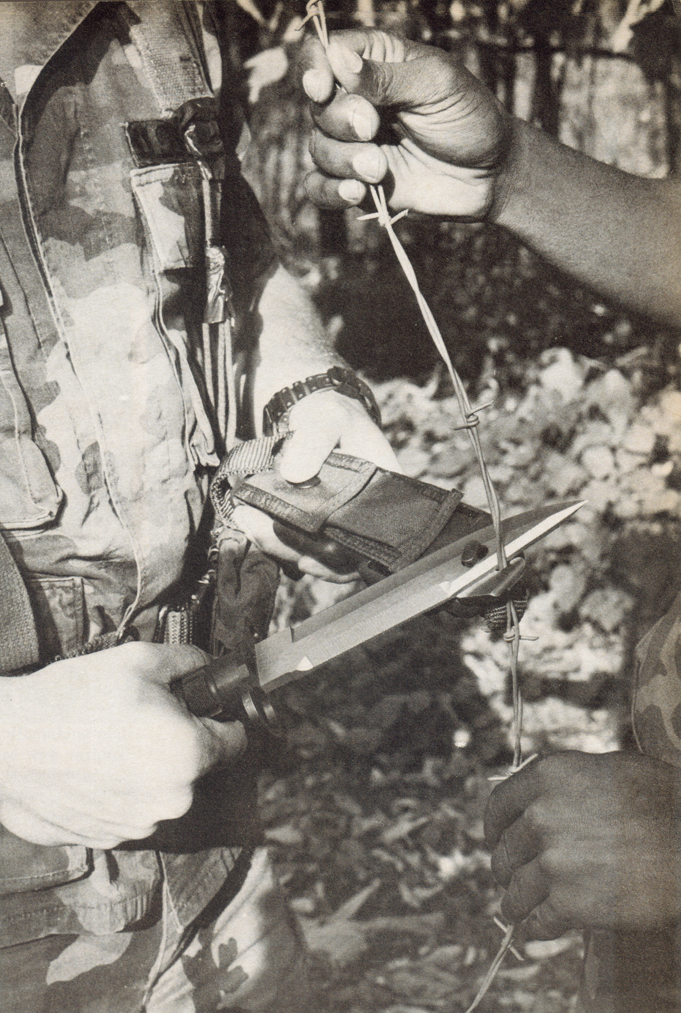