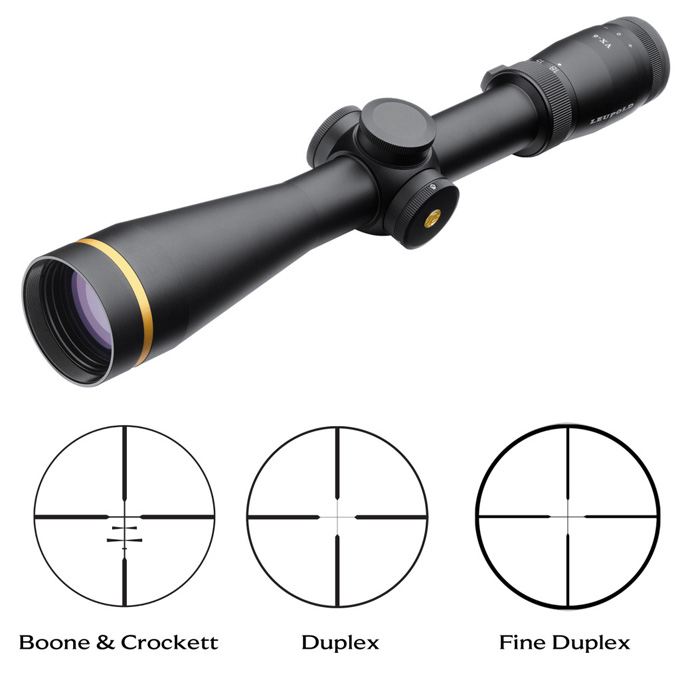 For many of us of us that are enthusiastic about firearms, optics and other shooting-related products, the name Leupold has become synonymous with accuracy, quality and dependability. Within Leupold's broad array of fine optical products, the VX-III and FX-III model riflescopes are some of best found anywhere.

Leupold, however, has never been a company guilty of complacency or satisfied to rely solely on their past accomplishments. An example of that progressive attitude is now in the forefront as the company ends production of the entire line of these III-Series scopes and replaces them with new and improved versions. The new Leupold rifle scope models, now referred to as VX-3, FX-3 and VX-3L, come with many of the same characteristics as the earlier III-Series, but also includes many upgrades.

To start with, the company is utilising an advanced lens coating similar to that used on Leupold's high-end VX-7 scope models. Called the X-Trended Twilight System, this helps to enhance light transmission, which is a real advantage when shooting in poor or marginal light situations. The lenses have also been blackened around the edges in order to also improve the transmission of the light through the scope and to eliminate much of the usual glare.

On the mechanical side, Leupold improved the reticle adjustments by cryogenically treating the adjustment screws with titanium nitride. This resulted in providing a higher degree of seating precision. On the Mark 4 variables, a dual bias spring system was added. This made the scopes more recoil-resistant, helped to eliminate backlash, provided more positive reticle adjustment capabilities and increased the holding force by 30 per cent.

The low-profile, crescent-shaped, large objective models have also been rolled into the new 3-Series and are now called VX-3L. Leupold refers to this design as their Light Optimization Profile. Because these scopes are capable of being mounted much lower to the firearm than a standard scope of similar size, they provide better eye-to-scope alignment and are less likely to be accidentally knocked out of alignment.

Other inherent features of this new generation of scopes include a lens coating called DiamondCoat 2. This is an ion-assisted coating that also aids light transmission and at the same time, protects the lens from abrasion and scratching. In order to protect against the effects of inclement weather, Leupold uses a second-generation waterproofing consisting of highly effective gas seals and an exclusive blend of argon/krypton gases pumped directly into the scopes. This protects the scopes from thermal shock and virtually eliminates the problem of internal fogging. Of course, each scope comes with Leupold's Worldwide Full Lifetime Guarantee.