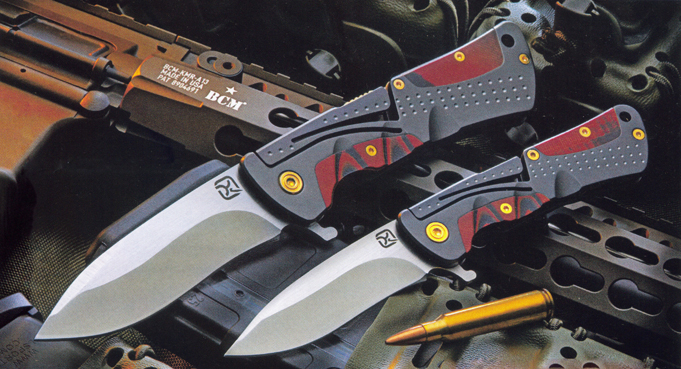 Glenn Klecker is an intellectual renegade. If the sign says turn left, Glenn turns right. If you tell him the best way to skin a cat he'll come up with a better way. It's in his genes. It will never go away.

Glenn is a former Marine Captain who guided troops in Operation Desert Storm. Before that he graduated from the University of Michigan with a degree in Mechanical Engineering. Add to that a longtime interest in knives and you've got an experienced knife designer with the know-how to think outside the box. For Klecker that comes easy. He was never in the box.

"I was born on a US Air Force Base in Tripoli, Libya in 1965 and lived there until we had to evacuate in 1967," Glenn tells Handgunner. Early on he developed a fascination for knives that's never left. "I first started making wooden knives and guns as a kid. When I was in the Boy Scouts I carried around my Camp King and Old Timer knives from just after Cub Scouts until I got my Eagle Scout. Much later, I carried a Ka-Bar during my time as a Marine Captain in Desert Shield and Desert Storm." 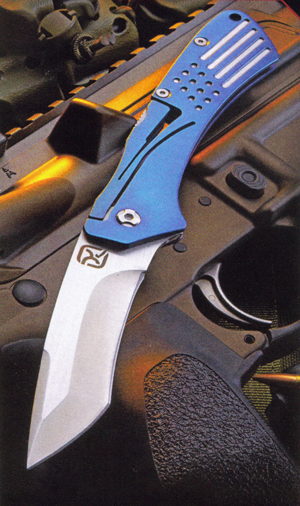 In his 30's the knife bug bit Glenn hard and he decided to get serious about his pursuit of cutlery craftsmanship. "My first big project was a full-sized wooden Samurai sword I made after watching the mini-series Shogun. My biggest influences were Tim Leatherman and Ben Rivera (at Leatherman). That's where I learned what it means to make a true quality knife and to be able to do so time and again without sacrificing quality."

The knifemaker's engineering background is diverse, which has certainly contributed to his out-of-the-box approach to design. "My career path includes designing products for Ford Motor Company, Crimson Trace, several knife/tool companies, Textronix, Starbucks, an undersea oil drilling company, as well as a number of designs in the medical/dental industry and for 3D printers (designing, not just using)," Glenn informs. "Over the time spent with these various companies I have enjoyed the opportunity to problem solve on many types of projects and, as a result, I have been able to find solutions to problems in ways that have never before been considered in those industries."

Klecker's experience and engineering, along with an abundance of creativity, has paid off. He has 37 patents to his name and multiple awards from both the Blade and IWA shows. He currently resides in the Great Northwest, a knife friendly environment cutlery giants such as Kershaw and Columbia River Knife & Tool call home.

"I live in Silverton Oregon. A small town tucked into the foothills of the Cascade Mountain Range. I have lived here for almost 20 years now and am very happy to finally be able to walk to work after having to commute an hour to just about every job for my entire life." 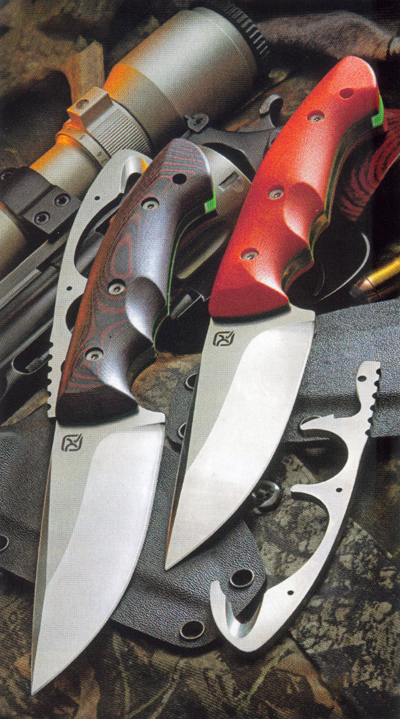 Glenn's award-winning Klecker Lock first achieved notoriety in cutlery circles when it appeared on his NIRK folder, produced by Columbia River Knife & Tool (CRKT) almost six years ago. Similar to a lock-back mechanism, the NlRK's blade is disengaged by pressing a bar designed into the rear frame. Knifemaker Brian Tighe also produces this design for his upscale customers in a titanium frame — a compliment to Glenn as Tighe is very highly regarded in custom knifemaking circles.

Klecker's Cordovan model sports a matte finished stainless steel handle with layered brown G10 inserts sculpted and blended together with exquisite style and capped off with a brass pivot and Torx screws.

The Cordovan's graceful 3.63" re-curved 12C27 stainless steel blade opens via a flipper, rolling out smooth as silk. This is a handsome, everyday carry with the G10 inserts giving the impression of wood, but much more durable. The backside repeats the graphic theme and attached is a sleek pocket clip.

The Slice folder is another variation on the NIRK theme, but this version of the folder is downright atomic. A sleek 4.71" handle of anodized blue aluminum features a patriotic flag theme cut-out on the tail-end of the scale front and back. A flipper activated opening tab does the deployment chores, revealing a wicked, modified tanto-style blade upon lock-up. A stylish pocket clip makes for easy carry.

The Abiqua Hunter further exhibits Klecker's penchant for forward thinking design, this instance in a patent-pending fixed-blade knife. This 8.9" overall fixer — with its curvaceous handle, deep ground drop-point blade, and eye-catching in both the orange, black and brown layered scales — looks outstanding in its own right, but there's more.

Press and slide the thumb jimping on the back of the blade and out pops a gut hook for precision skinning. Want more? The gut hook also includes a bottle opener. How's that for utility? Klecker's tour de force, however, is the KLAX — a unique combination of axe and multi-tool.

The 14.4 ounce (Lumberjack model) stainless steel KLAX head features a unique, patent-pending clamping mechanism for locking it onto, or removing it from, a sturdy pre-grooved hardwood handle or a field expedient handle. If you're so inclined you can make your own handle from a tree branch and attach to it with the tool's existing hardware. The back of the head can be used as a hammer.

When the KLAX is removed from the handle the fun begins. Its multi-tool functions include a knife blade edge, gut hook, quarter-inch hex bit driver, hex wrench set (inches or metric), bottle opener, carabineer and ruler (inches or metric).

The axe blade edge can also serve as an Ulu for food prep, plus there's a lanyard hole and ballistic nylon sheath for carry. Optional versions of the KLAX are available, including a kingpin model made of titanium.

The Price Is Right

"We manufacture most of our products offshore to keep the price down." Glenn notes. "Having been a professional design engineer in the knife and tool industry for so long I have a good understanding of what it takes to make a quality product in this industry. As a result, we will not introduce or ship a design until we are certain it meets our function and quality requirements. Because we are so confident in our products, we provide a lifetime warranty on all of our knives and tools."

You'll find Klecker Knives very affordable. The Cordovan is priced at $115 MSRP; the Slice at 10 bucks more at $125. The Abiqua Hunter checks in at $139 and the KLAX multi-tool with hardwood handle is priced at $210. We're not sure what Glenn is going to do for an encore, but we're looking forward to it!