How Night Vision Optics Work And What To Look For Before You Buy . . . 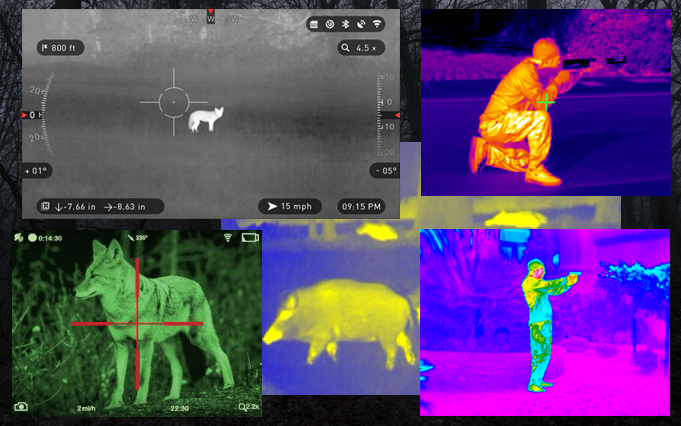 HUMAN BEINGS DO NOT NATURALLY POSSESS THE ABILITY TO SEE IN THE DARK...

But we are the ultimate tool users. What we do not naturally possess we can create a substitute for, as is the case with night vision. Let's take a look at the three major types of night vision devices (NVD).

ABOVE : The ThOR by ATN (American Technologies Network Corp.) is an example of a thermal weapon scope.

Thermal imagery is based on the transference of energy, energy being heat in this case. As energy transfers from one object to another, infrared light is emitted.

The ability of a surface to emit thermal energy is called emissivity. Thermal imagery displays the difference in energy being emitted between an object and its surroundings in the form of an image. All objects emit infrared light in varying degrees. Objects with more heat always transfer their energy to items with less heat. Energy transference is why with thermal imagery you can se e where a person just touched a tree or where a suspect just threw a gun away. 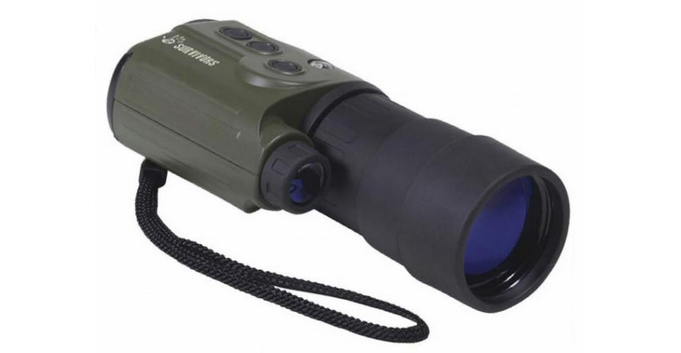 ABOVE : The 12 Survivors Trace 5x50 NV recording monocular is equipped with a built-in video recorder.

When photons of light strike the photo-cathode plate, the plate emits electrons. This is referred to as the photoelectric effect. The electrons then travel across the tube and pass through the micro-channel plate (MCP).

As the electrons pass through the MCP, they are amplified and then strike the screen, which produces an image that a camera or the human eye can see.

Did you ever see a movie in which people using night vision devices were blinded by the sudden introduction of bright light? This is prevented by a mechanism known as auto-gating (ATG).

Auto-gating regulates the amount of light that gets through the micro-channel plate (MCP) in a night vision device. This is designed to protect the tube from being damaged and failing when exposed to bright light.

This comes in handy for the user because the ATG function allows the device to be used in varying light conditions. If a group of soldiers is clearing a building and they come upon a lit room, they are not blinded and do not lose the use of their devices. The devices simply adjust to the brighter light levels.

ABOVE : The Firefield Nightfall 5x50 NV monocular has a built-in IR illuminator and has a range of detection of 140 yards.

Both of the first two systems are passive systems. They rely on light or infrared light that is already there. The third type of system is referred to as active because you flood the area with either near infrared (NIR) light or infrared (IR) light depending on the system you're using.

If you are operating an image intensifier system in low light to zero light conditions such as in a building with no windows, you would then flood the area with NIR.

If you were using an active infrared system, you would then flood the area with IR light in the bandwidth just below the human capability to see it. Flooding the area with infrared light usually results in a high-resolution image.

Active systems are commonly used on large vehicles. In the case of law enforcement, police helicopters will use an active system to follow suspects. A downside to active systems is that because you are actively flooding an area, anyone with night vision of their own will be able to see your location, giving away any stealth advantage. 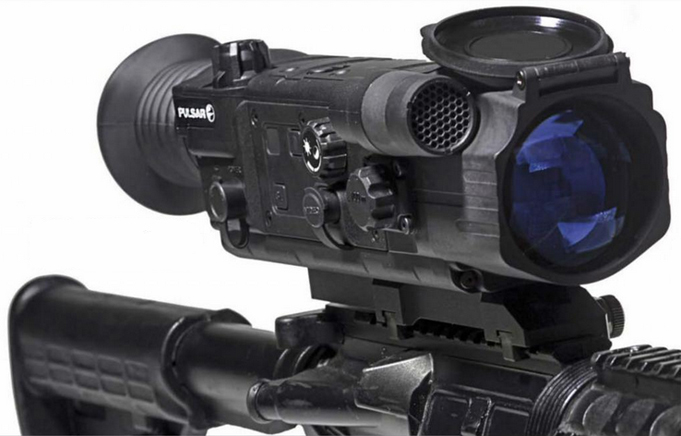 ABOVE : The Pulsar N550A digital NV rifle scope offers 13 reticle options and the ability to save 3 zeros for different loads, ranges or weapons. 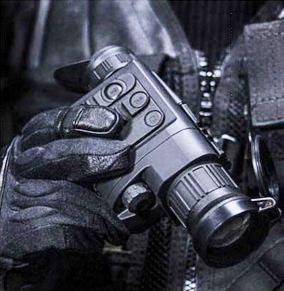 The Pulsar Quantum HD38S Thermal Imaging Monocular can detect heat signatures up to 900 yards away.

Sources of bright light, such as headlights or streetlights, can limit the device's ability. Bright sources of light can obscure the operator's vision if the light is not enough to actually cause the device to shut off. Streetlights might cause a heavy halo effect.

Image intensifying devices cannot see through smoke or fog. The device will show you an image as it is. If you are looking in a wooded area for a camouflaged individual, then you have to rely on your own ability to pick him out of the landscape.

Image intensifying units use hollow state technology, meaning they use vacuum tubes. Vacuum tubes have limited life spans based on hours used. So eventually, no matter how well you take care of it, with use it will require replacement.

ABOVE : The Pulsar DFA75 forward NV attachment connects directly to the objective lens of your rifle scope to provide NV capabilities.

HOW TO SHOP FOR IMAGE INTENSIFIER DEVICES

1. Which generation? Image intensifier tubes technology has been defined in generations. Currently available are Gen 2 and Gen 3. Although Gen 2 has some of the features of Gen 3, such as automating (ATG), there are still other differences.

Not to take the easy way out, but I could write another whole article just on the generation developments. Before buying, research the differences to see if you actually need the latest and greatest.

2. Quality optics. Image intensifies also utilize optics. The quality of your optics will affect the quality of your image as much as the image intensifying tube itself. Resolution is measured in line pairs per millimeter (lp/mm). A high resolution means that your picture shows more detail allowing you to distinguish between objects, or identify items and people.

3. Power source. You want to make sure you have a power source compatible with your intended use. If you will use it for long periods at a time you might want one that allows you to swap batteries. Recharging batteries on-board will mean the unit is out of service until the battery is recharged.

4. Tube life span. A tube's life span is measured in projected hours of use. It would be important to balance the expected life span of the tube in the device you are buying against the cost. 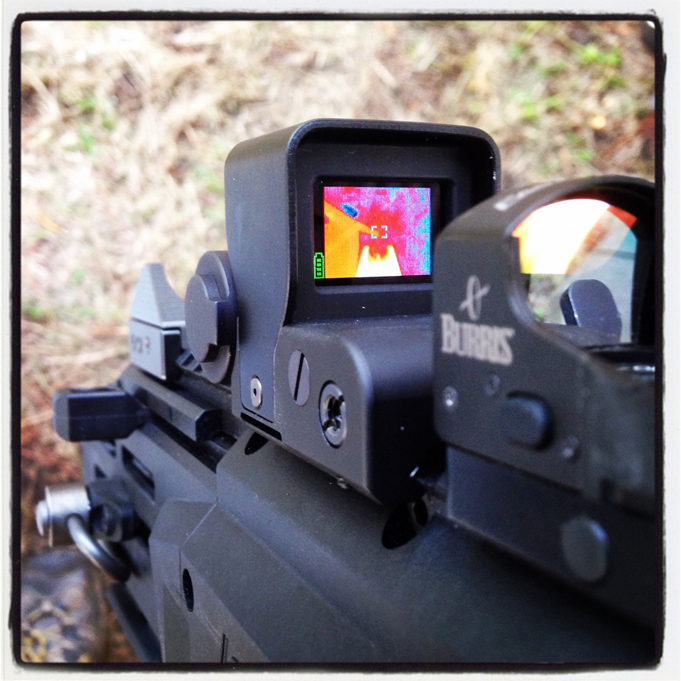