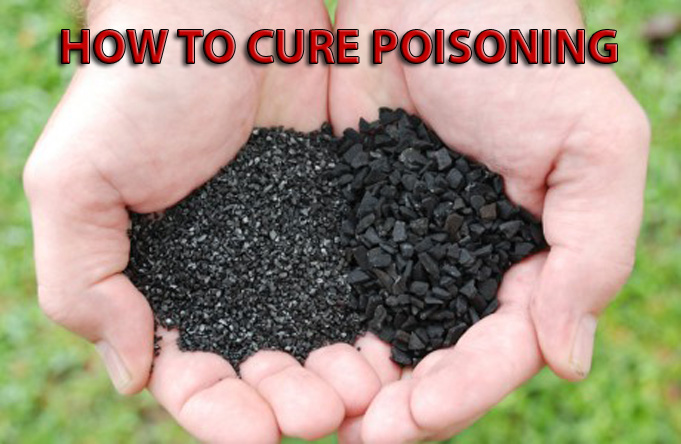 Why Activated Charcoal Needs To Be In Your Survival Pack

It's been a few days since you got separated from the rest of the group.

To Stretch out your supplies while you await rescue or find help, you've been living off the earth as much as possible While your intentions may have been sound, your ability to spot edible plants wasn't.

Something you ate isn't playing well with your internals. At best, you may be dealing with a major bout of gas. At worst, you might have inadvertently ingested some sort of poison.

If you're forced to fend for yourself during a natural disaster, have found yourself in a post-apocalyptic landscape, or are hopelessly lost in the woods, there's a good chance that safe food and drinking water will be at a minimum.

Nausea, diarrhea, vomiting, and abdominal pains can result from ingesting contaminated food and drink. So what can you do when there's no doctor in sight or a working hospital around? Enter activated charcoal.

Activated charcoal - sometimes known as activated carbon or activated coal - is a type of charcoal that's processed in a way to give its surface area large volumes of pores.

It's these tiny pores that allow it to efficiently adsorb toxins and chemicals, removing them from your body. Note this is adsorption, not absorption. What's the difference?

Activated carbon is available in pill form for easy storage and carry.

This material is used in a span of fields - from engineering to agriculture. In fact, it's the stuff that's oftentimes used in air and water filters to keep the essentials of life clean enough for our consumption.

Note: It's probably a good idea to mention here that activated charcoal isn't the same as what you use to light up the grill. Don't confuse the two. Barbecue charcoal is packed with toxins and should never be ingested.

The application of a couple of pills of activated charcoal could do the trick to ease the symptoms of poisoning.

If ingested while the offending chemical is still in your stomach, the carbon traps the poison before it's absorbed into your system.

And because the charcoal itself can't be absorbed into your system, it (and the trapped chemical) can be expelled from your body when nature calls before real damage is done.

Activated charcoal is often used by doctors in drug overdose cases. Some advocates recommend it for certain allergic food reactions and "stomach bugs."

Other benefits claimed by activated-charcoal users include the reduction of intestinal gas and reduced bile flow during pregnancy, though skeptics say that more studies are required to determine just how effective it is for those cases.

Activated charcoal shouldn't be used with alcohol, because the two can interact and decrease the charcoal's effectiveness.

Also, several studies have shown that this type of carbon isn't effective at treating alcohol poisoning - but it reportedly helps remove alcohol mixers, such as artificial sweeteners, that contribute to the poisoning.

The same way activated charcoal adsorbs poisons from the stomach and intestines, it'll also adsorb medications and vitamins taken orally. Because of this, it's recommended to take the charcoal an hour after medications.

Typically, activated charcoal should be administered within two hours of a poison's ingestion because it's most effective before the poison gets absorbed through your gastrointestinal tract.

It comes in tablet, caplet, or powder form, and can be taken orally in pill form or mixed with water to form a slurry.

For poisonings and drug overdoses, it's recommended that adults initially take between 50 and 100 grams followed by smaller 12.5-gram doses every two to four hours.

Of course these are very general guidelines for adults, and we recommend you seek out professional medical advice for your own or your children's needs.

Side effects of activated charcoal may include constipation and the darkening or complete blackout of stool, but it's generally considered safe for short-term use in most adults.

In extreme cases, worse side effects can include the slowing or blocking of the intestinal tract, regurgitation into the lungs, and dehydration.

Again, because there's always potential for people to react to things differently, we recommend consulting a physician prior to planning to use activated charcoal.

Aside from the main use of slowing and removing poisons from the body, activated charcoal can be used in a variety of ways that can enhance your survival or daily living.

As mentioned earlier, it's often the main component in filtration systems for both air and water. The use of activated charcoal with impromptu water filtration methods can greatly increase the effectiveness - and taste - of your results.

Also, advocates claim it's an effective teeth whitener. Having a clean mouth is essential to good hygiene and by extension good health, improving your survivability.

Activated charcoal can reportedly be mixed with a little water and applied as a salve to skin irritations or even wounds. It's been said to be effective against spider bites and other insect bites and stings as well.

This salve can also act as camouflage when applied to the skin. When you're in full survival mode, it's easy to pay less attention to the finer things in life, such as the interesting smells that you're emitting.

From the cap on your head to the boots on your feet, there are plenty of ways you give away your position to critters and people alike through the power of your powerful smell.

Odor adsorption is a popular use for activated charcoal. Make pouches of it to place in your footwear (if you have stanky-ass feet) or in your clothing (if laundry isn't an option in your bug-out scenario).

But beware: The black stuff will stain anything it comes in contact with, so don't sprinkle it like baby powder - unless you're into coal miner chic. The activated charcoal helps in reducing musky odors and possibly even harmful mold.

Certain studies show that activated charcoal has the potential to reduce bad cholesterol, while some argue the findings need to be studied further.

Now back to your situation in the bushes. After feeling the after effects of living off the land, you bust out the vial of activated charcoal pills, take a couple of them, and begin to feel the pain ease away If your stay in the woods becomes longer than expected, you not only have a way to fend off poisons and certain ailments, but you'll smell fresh while donning a bright, winning smile too.

Activated charcoal has been proven scientifically to treat poisonings, so it's smart to have some at home or packed in your survival backpack. But where can you buy the black stuff?

While most pharmacies carry them and an online search will turn up plenty of sources, you can also find them reliably through the companies listed here.