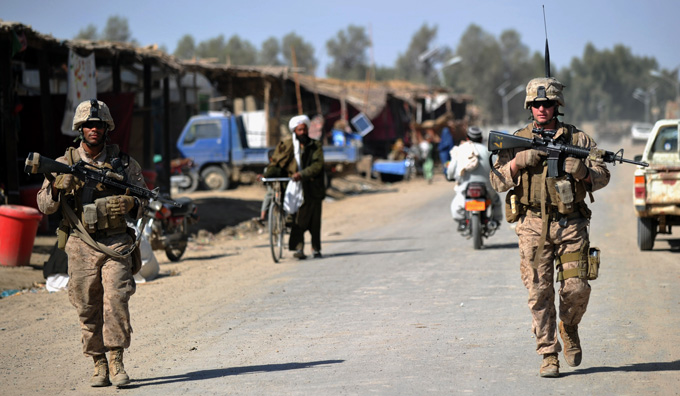 The whole concept of situational awareness is so integral to our discussion of personal safety that it appears in some form within virtually every column. It's one of those things that we take for granted, like sunlight and clean drinking water.

For me, situational awareness is something that's been cultivated over the years and is so habituated as to be unconscious. Though I am not the world's greatest living practitioner or expert on combat situational awareness, it is a keystone of my personal survival program and has literally become second nature. So far, it has worked and will hopefully still be working when you read this.

At its most basic, combat situational awareness is simply knowing what is happening around you. Because action is always faster than reaction, you stand a far greater chance of saving your skin in a crisis if you see the proverbial curve ball coming. No matter what the potential source of danger is, by maintaining a reasonable level of situational awareness at all times, you can see a problem looming beforehand and greatly increase your chances of surviving an emergency.

Situational Awareness can be likened to weather radar. It's always on, searching, looking for problems, even when there are none. When a blip arises on our screen, we monitor it until it goes away or we've decided there wasn't really a problem in the first place.

The process of building your combat situational awareness starts by cultivating a habit of noticing the things around you, regardless of your mental status bored, tired, busy, or otherwise engaged. This is one of those "simple but not easy" things to do. At first, it takes conscious and constant effort to remind yourself to look up, down and all around your world. The goal is to use all your senses and truly "see" the world around you in three dimensions.

However, for those who are serious about personal safety, I believe that good combat situational awareness requires more than simply detecting unusual items within your environment. Seeing potential problems is certainly critical, but the second part of my definition of good situational awareness requires an understanding of those facts that your senses have gathered. This means analysis of the environmental clues.

Fortunately, you probably have personality traits that can help in this task. Healthy fear is an important one, along with curiosity. Let's talk about fear.

A strong sense of self-preservation, coupled with an honest appraisal of the dangers faced as you conduct your daily business, is almost guaranteed to inspire some level of apprehension within you. Heck, just reading the daily news is enough to make you double lock your front door and make sure the shotgun in the bedroom is still loaded.

However, instead of fretting about what could happen, channel your concerns into a strong, nearly unquenchable desire to see, hear, smell and possibly taste everything taking place around you. If you have really considered the pitfalls of modern living, it seems nearly impossible not to constantly look around.

Curiosity isthe trait that develops the habit of analysis, which results in the understanding we seek. As a naturally curious person, I want to comprehend everything around me, whether it's an odd tree I encounter while hiking or a strange noise while I'm on patrol.

In the personal safety arena, I find myself constantly wondering "Why?" For instance, why isthat group of disadvantaged urban youths showing singular interest in my vehicle? Why would a man be walking down the middle of the street carrying a shovel? Why is there a heap of record albums lying in the middle of the street? All of these things could have a perfectly harmless explanation, but you must consider the various possibilities before dismissing them as innocent.

For instance, record albums lying in the street might mean a burglary has just occurred, or could be the result of a domestic dispute that got heated enough for someone to throw their boyfriend's prized music collection into the street. After analysis, you begin to better understand and foresee the potential dangers of your environment.

After taking stock of things, don't go into full combat mode. Rather, simply turn up your awareness a bit and begin to think about possible actions should you stumble upon a broken music-store window or two people in a violent argument on the sidewalk.

In addition, don't take it for granted that this is the only problem in the immediate area.Situational awareness is a constant ongoing process that continually evaluates the surroundings, people and situations in your vicinity. Just because there is one storm on the horizon doesn't mean there isn't a second, third or more.

I will unapologetically continue to stomp upon the corpse of that old gray mare we call combat situational awareness because it is inarguably the foundation of everything important regarding personal security. You might get tired of hearing about it, but that doesn't make it any less critical.

After all, it doesn't matter how much cool-guy gear, guns and tactics you possess if you don't see the problem coming beforehand, you're likely to end up just as dead as that horse.