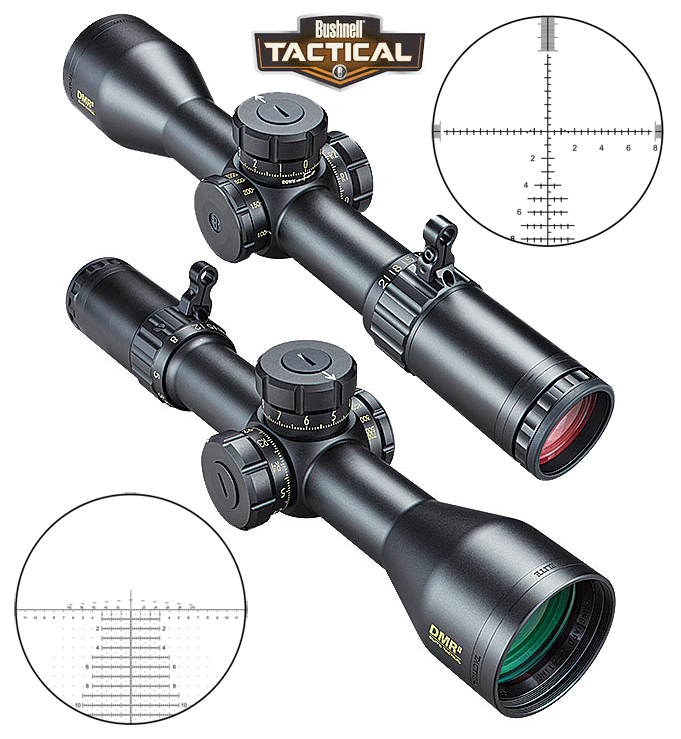 IN 2011, BUSHNELL unveiled its HDMR scope, a new flagship model intended for the long-range precision and tactical shooting audiences. However, many greeted the new scope with skepticism. Bushnell was not an established brand in these circles, so few were willing to purchase one to see if it would track accurately and hold up to abuse in the field. I became a believer in the HDMR scopes after visiting with some former teammates at Fort Bragg.

They were senior instructors at the Special Forces Sniper School and decided to experiment with the HDMR by putting these scopes on all of the student rifles and running them through the eight-week course. It was an informal field test to see if the scopes could track accurately and withstand the treatment that comes with eight weeks of honest-to-goodness sniper training. Bushnell's HDMR performed beautifully.

Reports indicated that there were fewer problems with the HDMR than there were with the standard-issued scopes. When Bushnell offered to sell the scopes to the students at the end of the course, more than half purchased the scope they used. That's an incredible endorsement since hardcore gun guys are always in the minority — even in special operations units. 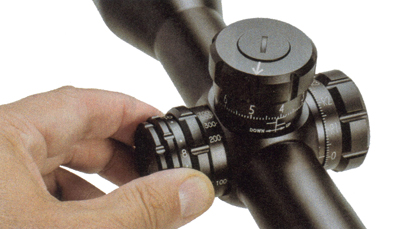 Illumination is now an option, and the elevation turrets are much lower profile.

Bushnell originally offered the HDMR scope with the Horus H-58 and H-59 reticles. This was the reason for the "H" in the scope's designation. Bushnell dropped the "H" when the optic became available with the G2 reticle, a reticle developed with George Gardner of G.A. Precision.

The HDMR and DMR did an excellent job of establishing Bushnell in the long-range and tactical market, but it's beginning to show its age. Several years of customer feed-back, combined with more informed customers, indicated that it was time for Bushnell to update the DMR. Behold the DMR-II.

The most obvious changes in the DMR-II are the redesigned turrets and integral power adjustment lever. Bushnell took some heat for the size of the turrets on the DMR model. Many shooters thought they were too tall. In order to get the level of adjustment that most wanted and to get locking turrets, Bushnell had to make them big. 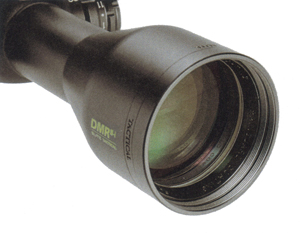 The new DMR-II has new coatings to boost light transmission and increase resolution.

The elevation turret of the DMR-II is about a third shorter than its predecessor, but it no longer locks. The trade-off was to lose the locking ability to reduce the size, and I think Bushnell made a wise decision. The amount of elevation adjustment per revolution also doubled on the new scope, which now provides 10 mils of travel per revolution and 30 mils of total travel. The windage turret is also smaller than it used to be, losing about a quarter of its height. The windage turret still locks and offers approximately 16 mils of travel.

An integral power adjustment lever is a welcome addition for the DMR-II. Power adjustments usually need to be made quickly, whether in the field or at a match, and the new lever certainly speeds things along. It is accessible without being obtrusive and is easily removed with a single Allen screw if its presence is unwanted. 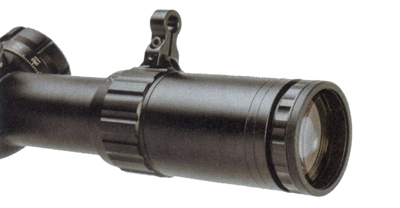 The DMR-II sports a new RevLimiter zero-stop system that is much easier to set than its predecessor. A small coin or a cartridge case head can loosen the cap on the elevation turret. Once removed, the thin ring that is the zero stop and that surrounds the brass turret is visible and accessible.

There are three small Allen screws that work as set screws to keep the zero-stop ring in place. Setting the zero stop involves loosening the three set screws, pushing the zero-stop ring to the bottom of the turret and rotating it until two steel pins are touching. Tighten the set screws and replace the turret housing. That's it. The process is so intuitive that it doesn't require a manual and takes two minutes if you're talking to someone on the phone at the same time. 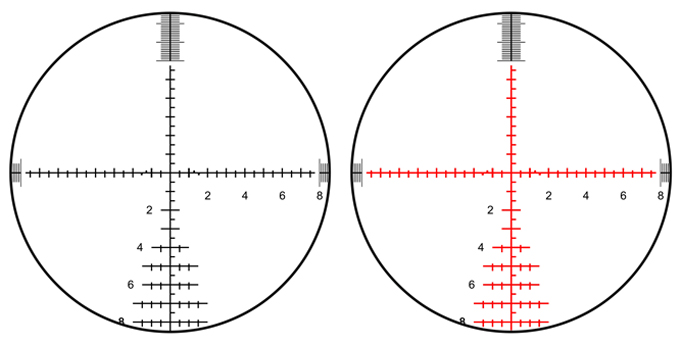 The remaining improvements are all visible through the scope. Bushnell has improved the lens coatings to increase light transmission and boost resolution. There is now an option to have an illuminated reticle with the adjustment system located on the parallax turret. The illumination system has 11 illumination levels with an "off" location between each one .

There is also a new reticle: the G3. The G3 reticle is the latest offering from the partnership between G.A. Precision and Bushnell. The G3 is a mil-based holdover reticle that subtends down to the .5-mil increment. The new feature in the reticle is hold-off points at the 1.25- and 1.5-mil points for use on moving targets.