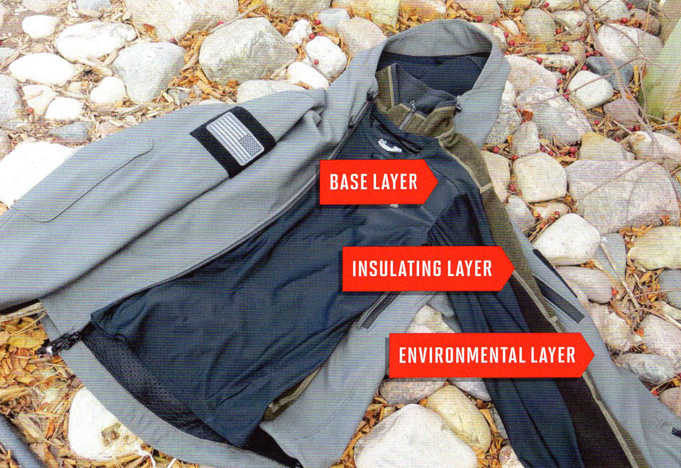 SUMMER IS ALL BUT OVER AND WE NOW HAVE A FEW MONTHS OF DECIDEDLY MORE MISERABLE CONDITIONS TO LOOK FORWARD TO. ACTUALLY AFTER THE FARCE OF A SUMMER THAT THE US HAS HAD SO FAR, THE ADJUSTMENT MIGHT NOT BE THAT GREAT, BUT HERE WE GIVE YOU THE LOW-DOWN ON LAYERING SYSTEMS. HAILING FROM CANADA AND AS A FORMER INFANTRYMAN WITH TOURS OF AFGHANISTAN UNDER HIS BELT, WE ARE SAFE IN THE KNOWLEDGE HE KNOWS MORE ABOUT EXTREME CONDITIONS THAN ANYONE ELSE.

It's far too common to see survivalists hitting the wild woefully unprepared for what might be thrown at them.

Even at your average outing this is a problem but when you take this approach and attempt to take on a 24-36hr event it is a recipe for disaster.

After spending literally thousands on guns and load bearing equipment, it's unforgivable to be without a few layering system essentials.

There's more to it than just buying gear though, a few "best practices" will see you far more comfortable in the long run. This is it's best to listen to those with experience!

Layering is the technique and practice of using multiple layers of clothing each with different properties to ensure that your body can effectively regulate a constant temperature when you are static or under exertion.

As well as insulation the goal of a good layered system is to "wick" or simply draw moisture (sweat) away from the skin and in an ideal system allow it to evaporate away from your body.

This is made all the more complex when things need to be water resistant too... All good layering systems start right next to the skin so your comfort starts with your underwear!

Without going into details of fabric and brand, you should always look for merino wool when it comes to socks. The higher the % of merino, the better.

As a matter of fact, the Kirkland merino wool socks from COSTCO are super good and cheap. For a 40 hours events. I would suggest 4-5 pairs.

You're also going to need foot powder. when you change your socks, you wipe your feet with something dry (I always bring a really small towel to do so) and you apply foot powder. Then you put your dry socks on.

The foot powder will absorb all humidity, sweat and moisture and will also help with blisters. I normally change my socks every 8-10 hours depending on the weather and the situation. 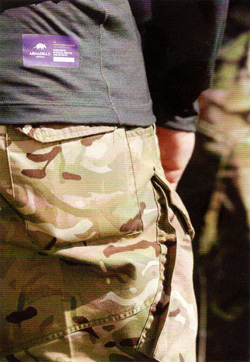 As for the top and bottom, I suggest one set of long underwear and one set of short underwear. When l talk about underwear, I include t-shirts, boxers, long sleeves and long johns.

The trick is to keep your long underwear for the night since the movements are generally drastically reduced. If you know you are going on a patrol, remove them and get back into your short ones.

You might be cold for a few minutes when doing long halts but at least you won't come back soaked in sweat which means you'll be cold for a lot longer in the end.

The best advice I can give you when it comes to layering is that you need to adapt to your body temperature. If you sweat, it means you have too much clothing on.

If you are pulling an OP, get your warm gear on but if you know you will be moving, remove them so you can keep them dry for later.

Too many times I've seen guys starting the event with all their layers on while knowing that the initial movement will make them sweat like pigs.

Of course you will freeze your balls for like 5 minutes when starting the walk but think about it: would you prefer being cold 5 minutes and have dry layers for later or be warm for 5 minutes and then be frozen for at the very least the first night?

I normally only have 1 uniform for 40 hours. What I do is that l ALWAYS keep it at the outside temperature. When you are sleeping, sleep in your boxers and keep your uniform outside your bag and bivvy so it doesn't create condensation or humidity in your sleeping system.

It will suck for about 2 minutes when you'll put it back on in the morning but at least you will have a good night of sleep. If you have 2 uniforms, keep your dry one in case you are soaked through.

Another advice is that when you reach a laying up position or will be static for a while, drop your pants for a few minutes to let the humidity out.

Remove your top and body armor to do the same. It kinda looks stupid but trust me, it will really help!

Easy. Sleep with boxers and maybe a moisture wicking t-shirt (under armor) but nothing else. Remove your socks, it will dry up your feet and as I said up in the uniform section, you will have less humidity in your sleeping system.

When going to sleep, put away your dirty socks and prepare one dry pair for the next morning.

The clean and dry pair CAN go in your bag so they are warm once you get up in the morning but I also suggest to put them in your boots so they are at the ambient temperature.

In case you find yourself caught in a colder night, have a bigger bag and a woobie but ALWAYS sleep in nothing more than boxers.

Hell, I was sleeping in my boxer even in the Arctic, there's nothing to be gained through bedding down in anything more.

A goretex suit that can be worn under a uniform... The advantage is that regardless of your uniform being soaked, all your under layers will remain dry and functional.

They might be expensive but being able to survive in all weather conditions is better than having a $800 vest that you will end up not using because you cant face heading out in soaking wet gear again.

Keep ALL your clean kit in dry bags (or thick garbage bags if you don't want to invest) and put all your dirty kit in separate bags outside the dry bag.

That way, you keep the dirty clothes' humidity away from your dean stuff and it will always be dry. 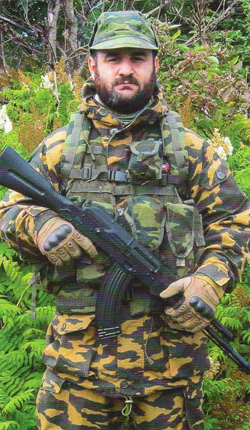 As well as a veteran of the Canadian armed forces, Jonathan Wade has extensive knowledge of the airsoft world and is a founding part of Sentinel Solutions, a group of military simulation enthusiasts from various backgrounds.

Some are combat veterans of Afghanistan, some are still serving in the Canadian forces and some have been playing airsoft for more than 10 years.

"We are fully bilingual and offer events both in French and English and you can expect ultra-realistic scenarios ranging between 8 and 40 hours with persistent story lines, each event influencing the next."

"Sentinel Solutions offer a rich environment with NPCs, realistic objectives, and a place for serious players to enhance their experience. Currently the story line is set in 2017 and NATO has been marching eastward since Crimea rejoined Russia."

"After a NATO fighter aircraft shot down a Russian Tu-22M3 over the Baltic Sea near Kaliningrad, the Russian government declared war against NATO. The Collective Security Treaty Organization (CSTO) quickly joined Moscow."

"The front is still pretty much setup on the current country's borders and the first moves are being planned by both sides. According to the intelligence community, both NATO and the CSTO are considering using Special Operations Forces (SOF) troops to create breaches and first start moving against their enemy."

"This is where Sentinel Simulations starts, and this is where you will decide who will win what and where!"